S
Written by Stewart Taylor-McLaughlin
Updated over a week ago

This section enables you to easily track your position in the city ranking and your development over time.

The Tripadvisor city ranking is a popularity ranking, which is applied to hotels, restaurants, and other attractions. It emphasises the importance of steadily acquiring reviews and engaging with guests. The more new reviews you generate, the greater the chance of ranking higher on Tripadvisor. If you fail to consistently collect reviews from your guests, your ranking will decrease.

As presented in the above screenshot, the table will will contains:

Note: If you are a chain hotel, by navigating from your main account to the Target section you will see city rankings for all hotels that belong to your network:

If you would like to see more statistics about your city ranking just click on the icon in the upper right corner (just below the filters) and you will be taken to the statistic page where can you find further insight: 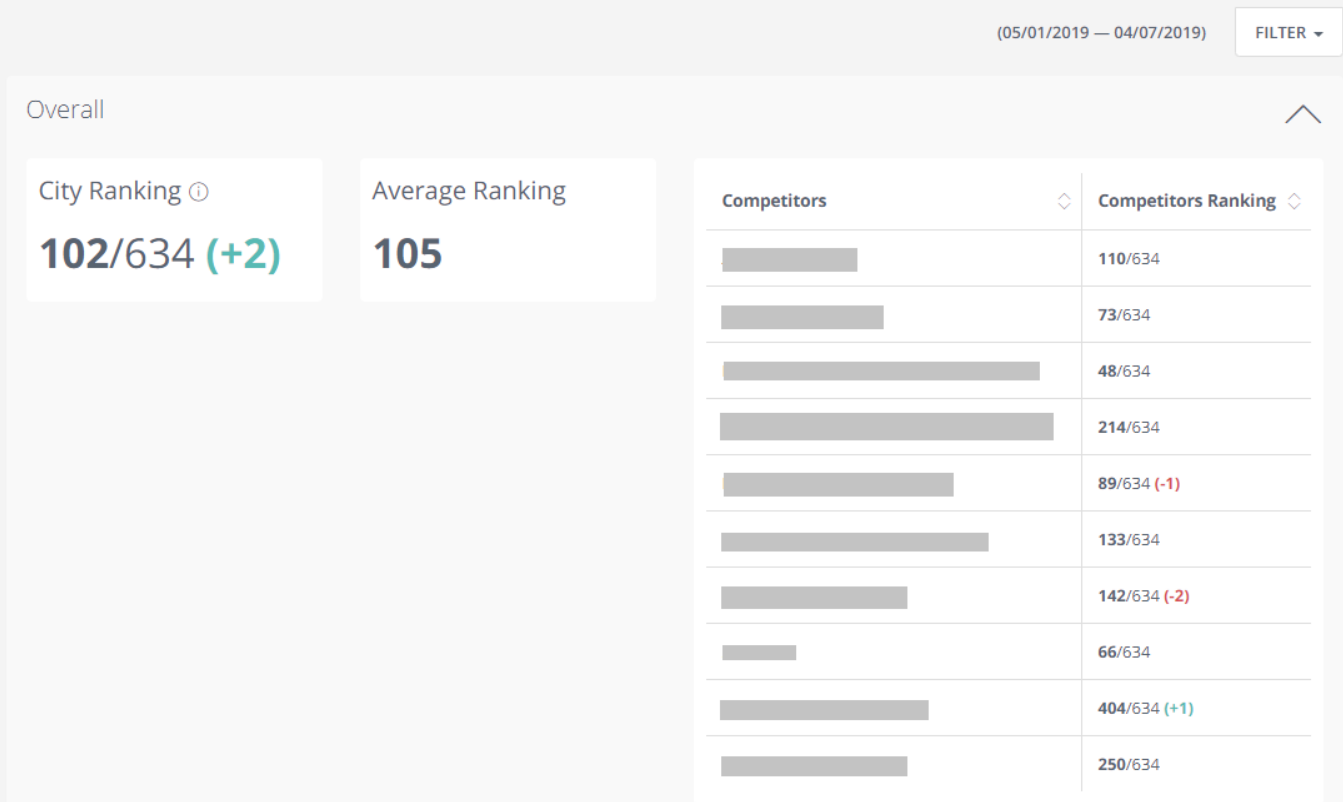 The first tile shows your current rank. This value is not affected by the selected time frame and reflects the ranking as of today. Further, the number of businesses included in the city ranking is stated. The number of businesses is set by Tripadvisor and can not be influenced by Customer Alliance. The number in brackets indicates whether your ranking improved or declined compared to your previous position.

The shown rating indicates the average position of your business for the selected time frame.